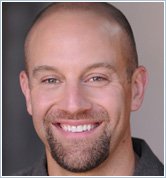 Mike Robbins is the author of four books: Focus on the Good Stuff, Be Yourself Everyone Else is Already Taken, Nothing Changes Until You Do, and his latest, Bring Your Whole Self to Work. As a highly sought-after speaker, Mike delivers keynotes and seminars around the world, to audiences and groups of all kinds: within organizations (like Google, Wells Fargo, Microsoft, and Gap), at universities (like Stanford, NYU, USC, and UC Berkeley), for government groups (like the US Department of Labor, the State of Florida, and the City of San Francisco), and for pro sports teams (like the Atlanta Braves, the Vancouver Canucks, and the San Francisco Giants). He also delivers personal growth workshops and coaches people one-on-one. Prior to his speaking, writing, and coaching career, Mike was drafted out of high school by the New York Yankees, but chose instead to play baseball at Stanford University, where he pitched in the college world series. He then played baseball professionally in the Kansas City Royals organizations, before injuries ended his playing career. He and his work have been featured on ABC News, the Oprah radio network, and in the Washington Post. Mike is a regular contributor to the Huffington Post and his books have been translated into fourteen difference languages.