The store will not work correctly in the case when cookies are disabled.
The Sleep Well & Stress Less Sale! Save Up to 50% Off + Free Shipping Over $50
Shop Now 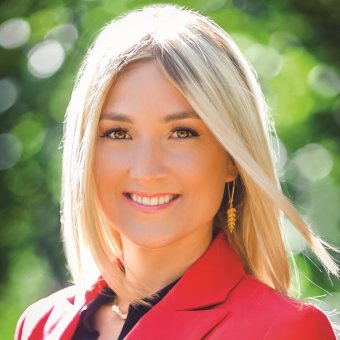 Liana Werner-Gray is an advocate for natural healing using a healthy diet and lifestyle. After healing herself of many health conditions through embracing a natural lifestyle, she began lecturing and teaching about the Earth Diet internationally. Liana teaches raw food and cooking classes around the world and has fed many people good-tasting, healthy foods and drinks.

Liana is the founder and owner of The Earth Diet, where she directs a team that helps people all over the world find recipes that work for them. Through her company, she has helped thousands of people improve, and in some cases even entirely heal, conditions such as acne, addictions, cancer, diabetes, depression, heart disease, obesity, and more.

Liana was born and raised in Australia. In her final year of schooling she received the school’s award for the arts, the Liana Nappi Award. She was named Miss Earth Australia in 2009 by People’s Choice, the third-largest beauty pageant in the world. During the same competition, she was also awarded Best in Environmental Speech, Green Achievers, and the Innovators award.

Liana has starred in films that received international praise and awards. She continues to work in the entertainment business, as well as promoting a healthy lifestyle. Her intention is to live her life the best she can, and hopefully to inspire others to live the lives of their dreams through a healthy lifestyle. She currently lives in New York City.