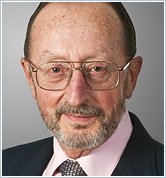 Share
View Author's Website
Eldon Taylor
Eldon Taylor is an award winning, New York Times best selling author of over 300 books, and audio and video programs. He is the inventor of the patented InnerTalk technology and the founder and President of Progressive Awareness Research. He has been called a â€œmaster of the mindâ€ and has appeared as an expert witness on both hypnosis and subliminal communication.

Eldonâ€™s Father was in law enforcement for most of his life and for many years Eldon himself was a practicing criminalist conducting investigations and lie detection examinations. His hobby for over 30 years has been horses and at one time he owned a large all-breed stallion station and racing stable. His down to earth common-sense pragmatism combined with his intellectual interests have led some to identify him as the â€œblue-collar progressive traditionalist.â€ Now if that isnâ€™t ever an oxymoronic descriptionâ€”but then perhaps it is not after all.

Eldon is the host of the popular radio show, Provocative Enlightenment. His has interviewed some of the most interesting people on the planet including the likes of JZ Knight (Ramtha), George Noory, Dr. Rupert Sheldrake, Lorna Byrne, Neale Donald Walsch, Dr. Jose Arguelles, William Paul Young, Lynne McTaggart, Don Miguel Ruiz, Debbie Ford, Nick Begich, Harv Eker, Gregg Braden, David Hawkins, James Twyman, Hossca Harrison, and Glynis McCants just to name a few. His shows are both provocative and always fresh by way of both the perspective and the exchange. Visit: www.EldonTaylor.com